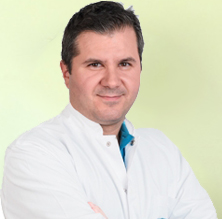 November 25, 2011 I was elected President (for 1 year) Interventional Neuroradiologists Club in Central and Eastern Europe (Mencia – company affiliated members in 19 countries) in the 7th edition of the Prague Congress Mencia and established organization of the 8th edition of Mencia congress in Sinaia, Romania, in June 2012.

April 25, 2013 I was elected member of Implementation Committee of Interventional Neuroradiology in Central and Eastern Europe (one of the two members) of the Executive Committee of ESMINT (European Society for Minimally Invasive Treatment of stroke) in the seminar held in Budapest ESMINT 24 to 25 April 2013.

June 15, 2009 Certificate of Completion of the ‘Continuing Professional Development Programme for the management teams of the health system in Romania’ took place between December 2008 March 2009 to Felix, Bihor County. By Project Hope and SNSPMS. The program is credited with 30 credits Scheffield University Master Program.

March 1, 2013 PhD in the field of medicine, according to the Minister Delegate for Higher Education, Scientific Research and Technological Development no. 3250 MD of 02/20/2013.

July 6, 2005 first embolization of cerebral arteriovenous malformations of Romania made with dr. A. Baltsavias (Greece) and dr. Andrei Chefneux (Bucharest)

July 30, 2006 I won the contest for the post of specialist in Bagdasar Emergency Hospital Bucharest -Arseniy Cerebral angiography department.

June 1, 2008 we signed a contract with part-time with the National Institute of Neurological Diseases and Stroke Bucharest for performing embolization of cerebral vessels and diagnostic angiography.

April 15, 2010 I gave up the post of specialist in Emergency Hospital Bucharest Bagdasar-Arseniy Cerebral angiography department.

June 1, 2010 I made the first embolization of cerebral aneurysms in a private hospital in Romania, clinical hemodynamic

October 1, 2010 we signed a contract with Nova Vita Hospital in Targu Mures for performing minimally invasive endovascular interventions and other interventional maneuvers as well as diagnostic angiography.

March 15, 2011 I obtained the post of Medical Director of SC SUDMEDICA SRL, a company specializing in imaging and other medical services.

September 19, 2011 I made the first embolization of a cerebral aneurysm at the National Institute of Neurological Diseases and Stroke Bucharest (INNBN)

April 1, 2012 I gave up the position of Medical Director of SC SUDMEDICA SRL

June 2008 the post of Assistant Professor in the Department of Radiology of Fundeni, following the contest organized by UMF Carol Davila Bucharest at number 13.

Over 190 academicpapers, case reports and reviews presented at national and international conferences.

The International Forum for Health Tourism is an event which aims to create a media and communication platform between experts in touristic and health services, in order to identify the main, specific resources of this form of tourism in Romania and all around the world and its integration in a coherent system of development. The previous editions have resulted in a large debate among authorities and experts from Romania and abroad influencing concrete steps in terms of defining the strategy and evolution of health tourism in Romania. MORE...