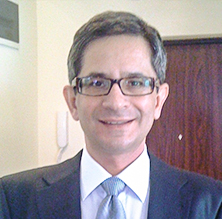 ¨       The Romanian Society for Burns, Plastic and Reconstructive Surgery ROPRAS.

¨       Active member of the Romanian Association of Plastic Surgeons.

¨       The Romanian Society for Surgery of the Hand and Microsurgery.

¨       The International Confederation for Plastic, Reconstructive and Aesthetic Surgery.

¨       The Romanian Association of Anti-Aging Medicine.

March 1992 – Registration with the South African Medical and Dental Council after being successful in passing at the first attempt legal/language/ethical and written professional examinations.Registration nr. MP 0378615.

March 1994 – February 1995 (1 year) Post-graduate Course in Plastic and Reconstructive Surgery, University School of Medicine, Bucharest.Result: 9.90 points from max. 10.Certifying board in Plastic Surgery: Romanian Ministry of Health, The Institute for Post/graduate Training and Continuous Education for doctors and pharmacists.

November 11, 1996 – Date of certification as specialist in Plastic and Reconstructive Surgery (5 years training):

Lecturer admitted for PhD in Plastic and Reconstructive Surgery, Bucharest University School of Medicine, October 1997 – May 2002.

The International Forum for Health Tourism is an event which aims to create a media and communication platform between experts in touristic and health services, in order to identify the main, specific resources of this form of tourism in Romania and all around the world and its integration in a coherent system of development. The previous editions have resulted in a large debate among authorities and experts from Romania and abroad influencing concrete steps in terms of defining the strategy and evolution of health tourism in Romania. MORE...